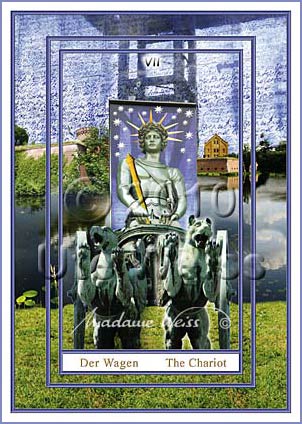 Recognition and victory, for the person who is well prepared and has filed hubris paired with arrogance. You lope in an optimistic way from a well-known environment.
As you enter virgin soil you need a high degree of willingness to learn.
Thus, the impetus of your own forces and the willingness to take risks, as your mental and physical powers are kept in balance, help the „theme of the question“ to success.

Look into the eye of reality, when plans fail suddenly and you suffer a defeat.
Otherwise there will be failure because of prematurely and overflowing emotions.
You need steadfastness combined with confidence, wise foresight and enthusiasm for the cause. Look at the consequences of your actions and so everything will go easier.