I beg you to consider that these words of introduction are my personal opinions, viewpoints and hypotheses.
As there are many texts, many publications, and much more viewpoints: may the attentive reader investigate himself and decide what he wants to know about this issue and what he wants to think or believe …
Enjoy your reading! 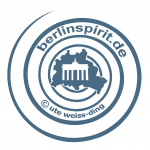 Where tarot game really comes from is uncertain.
The word „tarot“ has its origins in the French language, you pronounce it “taro”.
Starting from the sound „taro“ Paul Foster Case has formed the sentence above.

The difficulty to find the real origin of the word leads and led to different disputatious versions.

The etymology of the word „tarot“ has been described so often and so versatile.
A lot of intelligent people have written about the topic tarot.
I do not think the world needs another infusion of known tarot knowledge on my part.
And I think that for me personally it doesn’t not matter where and since what time this knowledge is available to us.
A little thought note: there are so many influences on everything in this world, centuries ago, there were trade routes by which knowledge was also transported…. So why not also from Egypt to Europe …

emergence of decks of cards

I personally think it is contradictory. Decide by yourself what you want to believe:
1. That since the end of the 14th century these cards initially simply represented an entertaining card game of that time period. The emblematic images, presented the then customary notions of morality, sin and virtue.
2.  The theory of Arthur Edward Waite says that the cards could be of venetian origin end of the 15th centuries, because in Italy rods, swords, coins and cups were in use as a set of symbols. I think it is worth considering that the characters performing on the cards were used for educational, instructive, and compelling goals
Ergo – always good to ask: who benefits from what …

I’ve read that in 1440, thanks to the ability to produce etchings, very artful drawings in the face cards were possible. And during the highpoint of tarot cards play in the 19th century stone lithography was invented as a printing form. So no secret that the card game, thanks to increasingly sophisticated printing techniques, has been so popular.

The interpretation of symbols for the first time got “up to date” because of Antoine Court de Gébelin who was born in Geneva. Gébelin had studied theology, was a freemason and particularly loved the study of language, history, mythology, and especially the old wisdoms. His personal knowledge with his personal statements he wrote down in his personal literal work “Le monde primitif, anlyse et comprare avec le monde moderne”
His views on the tarot he has described in 1781 in the eighth volume of his work, also with his description of religious symbols of the Marseilles tarot. His reflection on the tarot, had a strong influence on subsequent writers of books, although there was no evidence for his claims. Such as the tarot originated in Egypt, would connect to the old gypsies, the Kabbalah – be it as it is – he is definitely a pioneer of tarot research …
So that has probably opened the door for the first written esoteric „tarot characteristics“, the symbolic language of the cards and how to interpret them.

Concerning the decks of cards, it is complicated now. After having read a variety of different assumptions it is difficult for me to get to a conclusion who for the first time painted or manufactured something to the topic tarot.

In the 18th century the most well-known card decks: the Tarot de Marseille, has been created. But the pictures seem to have their origin in the one that has been designed in the 16th century in Marseille. (Marseille has been the capital of card manufacturing)

So now we have reached profitability.
After this little exchange, we continue looking at this:
Nicolas Conver, who ran a card manufacturing has done a significant advance towards the interest and especially the spread of tarot cards.
Card mass production made ​​it possible.
The preparation was then followed by wood cuts and colouring, using a template.

Oh yes, where would we be without the Rider-Waite Tarot.
1909/1910 published by the London publisher Rider & Son – (that’s why it is called rider tarot). The cards were released of the former member of the Order of the Golden Dawn Arthur Edward Waite.
Pamela Coleman Smith, the Anglo-American illustrator has painted this fairly simple-looking Tarot deck. She was also one of the Associated Golden Dawn Order members.

Unfortunately I couldn’t get up to till today in which kind A. E.  Waite played a part in the illustrations of P.C.  Smith.

Golden Dawn (secret society formed, aligned with the teachings of occult, mystical traditions, in 1903 fragmentation of this society because of the claim to power of certain members)
The special feature of this card decks, is due to the fact that the cards were the minor arcana, set in picturesque scene and provided not only with numbers.

What would be the world of tarot without the Crowley Tarot card deck?
Aleister Crowley didn’t get the fifth degree at the Golden Dawn and preserved his reputation as a black magician very well.
But his Tarot originated in the 1940s, with its colours and their symbolism, painted by Frieda Harris (who then owned the rights to the cards), are fascinating because of the symbolism and beautiful picturesque aesthetics.
It is interesting that this deck of cards came on the market the first time in 1969.
They were previously only seen in a book edition of 1944 – the Book of Thoth.

We already have the three main decks of cards:
Tarot de Marseille, Rider Waite Tarot and the Tarot Crowley.

I do not know how many tarot decks exist, but there may be as 400-450.
The personal access and the preference of each user decides which on ist he most interessting.
In any case, there are wonderful illustrations … for example the Haindl Tarot, with all its illustrations wandering through the cultures,
the Ansata Tarot, just the major arcana with beautiful drawings,
Or the Dali Universal Tarot or, Da Vinci Tarot, the golden Klimt Tarot, Settani Tarot – all for those who love art.
Here I would like to finish my tiny list of artistic tarot decks. I hope you enjoy the exciting search for your own personal Tarot deck.